A pilot program that harnesses energy from ocean waves was hailed during a San Pedro event this week as a potential game-changer in the race to find renewable energy technology in nature itself.

Under the umbrella of AltaSea, San Pedro’s marine research campus, Israeli company Eco Wave Power will set up a pilot program that involves an onshore conversion unit — already in place at AltaSea — that will connect to floaters attached to a water structure, such as the outside of the channel breakwater.

AltaSea and Eco Wave officials have described the effort as the first U.S. pilot program trying to capture the power of waves using the latter entity’s onshore power station.

It’s unclear when the program will launch.

The next step will be identifying the location of the floaters, with local Palos Verdes Peninsula sites and San Onofre also being considered, along with San Pedro’s breakwater, according to Inna Braverman, Eco Wave’s founder, president and CEO. Licensing and regulations also need to be cleared, AltaSea CEO Terry Tamminen said. Those will involve the Port of Los Angeles but also others LA agencies, such as the departments of Building and Safety, and Water and Power.

But Tamminen said he didn’t expect it to take long for the pilot to be up and running.

A number of other wave-power trials are ongoing, including along the California and Oregon coasts, but those are using different technologies that place equipment and cables in various settings. 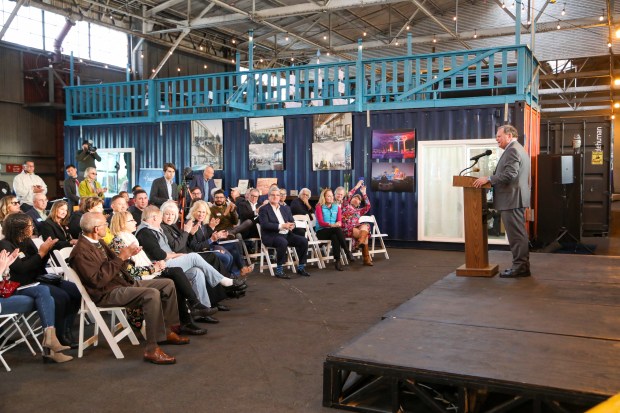 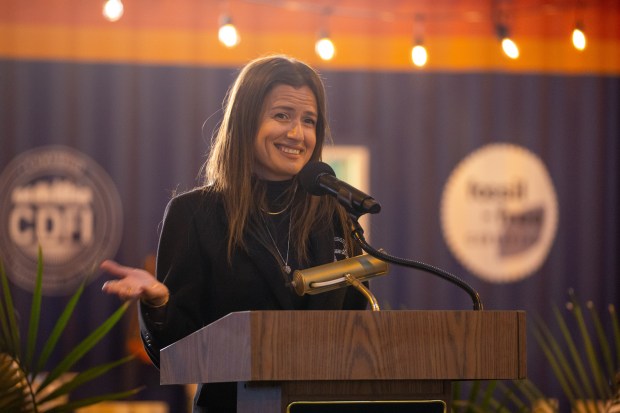 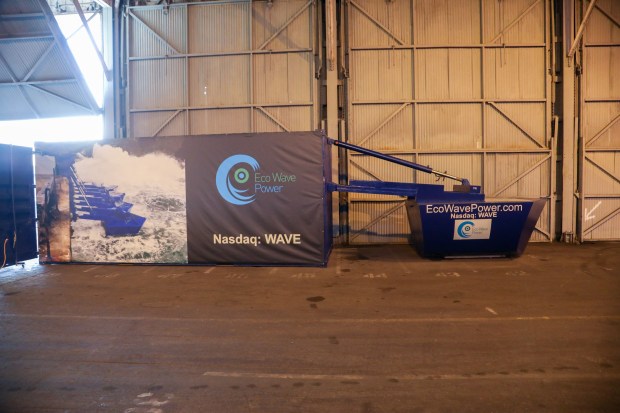 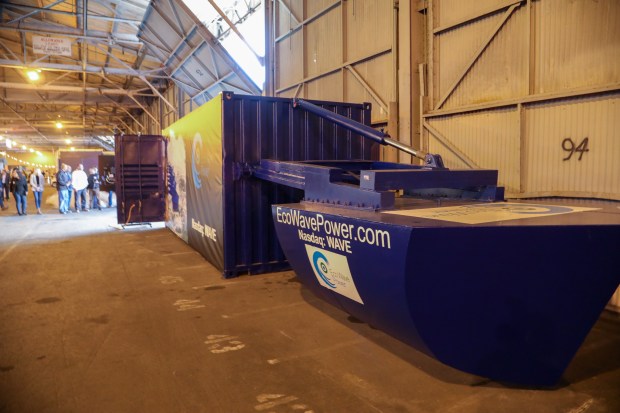 The myriad technologies being pursued are part of efforts to produce clean electricity from ocean waves.

As for Eco Wave Power, which signed the agreement with AltaSea last year, that company is also finalizing construction of a project in Israel. The company has received the Global Climate Action Award from the United Nations and has plans to also develop power stations elsewhere in the U.S., as well as Spain, Turkey, Portugal and other nations.

A demonstration of Eco Wave’s conversion unit was presented at a Thursday, Jan. 12, news conference that underscored the growth of so-called blue technology.

At that conference, AltaSea announced the grand opening of another tenant, the nonprofit Beneficial State Bank — founded by Kat Taylor and Tom Steyer, a former 2020 Democratic presidential candidate — which will provide funding and loans for innovative projects.

The bank, Tamminen said in a telephone interview, provides support for start-up businesses in various communities. The bank, with its new office at AltaSea, a 35-acre campus at the southern tip of the Port of Los Angeles, will join other tenants that were also showcased at the late-afternoon news conference.

Wave-harnessing technology, Braverman said, has been determined by the U.S. Energy Information Administration as capable of supplying up to 66% of the U.S. energy needs.

The technology, she said, is more consistent than either solar or wind energy and should be seen as part of the overall solution in lowering emissions.

“Of course, waves are not reliable all the time,” Braverman said in a telephone interview. “But it’s the most reliable. The sun doesn’t shine at night, but we have waves at night.”

Wind, she said, is most reliable in the early and late hours of the day.

“Combining it with solar and wind,” she said, “we can reach zero emissions.”

Initially, Braverman said, the technology was envisioned as being all off-shore, but that came with high expense, weather damage and unfavorable impacts on some marine animals.

So Braverman’s company moved to put the technology’s power station operation onshore. The goal is to see if the pilot succeeds and then to expand on a larger scale.

Simultaneously, the company is working with the New Jersey Legislature on a proposal that could serve to streamline the cumbersome regulatory issues that the technology faces with government agencies, Braverman said. Because the technology is new, she said, licensing and other regulatory steps are time-consuming.

The technology will connect to the overall power grid so energy can be delivered anywhere, not just along the coastlines, Braverman said.

Braverman seems confident in the technology’s ability to harness the energy of waves.