In 1924 newspaper man John B. T. Campbell began publishing a serialized novel in the Los Angeles Herald called the Rose of Los Angeles.  It’s a  love story set against the backdrop of the 1890’s Free Harbor Fight, the battle over whether funding to create the Port of Los Angeles would go to San Pedro or Santa Monica.  Collis P. Huntington, one of the most powerful men in western railroading, led the forces to locate the harbor around his million dollar wharf constructed in Santa Monica.  Senator Stephen M. White championed the cause of San Pedro.  Both men, along with other real figures in Los Angeles history stride though the pages of this story.  But the heroine of the story is the beautiful Rose, who lives on a ranch overlooking Santa Monica Bay.  This is the story of how the beauty of one woman and her love for Lieutenant John Morgan, swung the sentiment of Los Angeles as its citizenry debated the fate of the harbor.   Lieutenant Morgan came to Los Angeles to conduct a government survey of the two possible harbor locations.  During the course of his survey work in San Pedro Bay, Morgan falls from his boat and the currents sweep him east toward Long Beach.

The Southern Pacific railroad tried to convince Congress that Santa Monica, where it controlled the waterfront, was a better place to invest in building a port.  San Pedro, the railroad argued, was subject to siltation from westerly currents and their federal dollars would be wasted.  This was a bold-faced lie!  Morgan’s own dunking in the bay had convinced him that the currents moved east and the worry about silting in the harbor was unfounded.  He testified to that fact before Congress. The novel has a happy ending:  San Pedro gets its harbor breakwater and John Morgan gets the girl.

The Rose of Los Angeles serial was so popular that it was published in book form in 1924, not because of its value in recounting the history of the Free Harbor Fight, but because Angeleno’s were obsessed with discovering the true identity of Rose.  More than 2000 letters flooded the newspaper office seeking clues or suggesting Rose’s identity.  Some letter-writers were convinced they were the inspiration for Rose!

Rose was a fictional character.  The character of John Morgan, however, was based on the tragic story of Seaman Alexander Flood who fell overboard when conducting the actual U.S. Coast and Geodetic Survey on harbor currents.  Flood was wearing one-piece waders which filled with water.  His body was discovered three miles east of where he fell.  Flood’s death was actually used to disprove the claim by the Southern Pacific Railroad about the harbor currents in San Pedro.  His death was the ultimate public service. 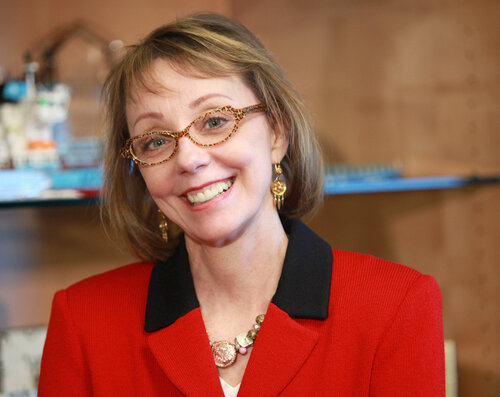 With years of research and more than 200 maps and images, Geraldine Knatz shapes an insightful story of the Port of Los Angeles, from its early entrepreneurs to the city’s business and political leadership, and the inevitable conflicts that arose between them. Knatz digs into the back stories of the key players in a hardcore, well-documented piece of storytelling at its best. Port of Los Angeles matches a topic—the history of Los Angeles Harbor—with someone of unquestionable authority to tackle the subject. Knatz worked nearly four decades at the Ports of Los Angeles and Long Beach, her last eight years as Executive Director at Los Angeles. In this remarkable book, her expertise shows. Port of Los Angeles reads like a script for another Chinatown, only this time it’s about saltwater and controlling the waterfront, not drinking water and controlling the land. Knatz takes readers on a journey that will educate and inspire, and fills these pages with real-life intrigue, masterminds, and politics extraordinaire. Port of Los Angeles will leave the world’s maritime aficionados spellbound and historians in awe. A must-read for anyone who treasures the history of Los Angeles. “The Port of Los Angeles made this city. This very well might be “The Study” of what made modern Los Angeles.” —William Deverell, Director, Huntington-USC Institute on California and the West.

Do You Have Your #ButtonOn?

AltaSea at the Port of Los Angeles: Project Blue