Nautilus Data Technologies will bring its floating data centers to Los Angeles and Marseilles, France. The expansions signal growing acceptance of its water-based platform, which taps oceans, bays and rivers to slash the cost of cooling servers.

More data centers are moving onto the water. Nautilus Data Technologies will bring its floating data centers to new campuses in Los Angeles and Marseilles, France. The expansions signal growing acceptance of its innovative approach to using a water-based platform that taps oceans, bays and rivers to slash the cost of cooling servers.

The new data centers will be deployed in port facilities on custom-built barges, with adjacent support infrastructure on shore. Both sites will house a 7.5-megawatt data center facility, with power agreements and water assessments already in place.

The industry is trying to go into these highly expensive, very restrictive commercial real estate spaces,” said Pfleging. “That’s why we’re not in Santa Clara and we’re in these light industrial spaces where we have readily available utility, good connectivity, reasonably-priced land, and where permitting is much easier. We’re able to deliver a much more cost effective, much more efficient project in a much faster timeline.”

The Nautilus design uses prefabricated data modules and  advanced cooling systems. The company also emphasizes the importance of water management, as its cooling systems draw water from bays to cool equipment, but then return the water to its environment. Nautilus expects to deliver a PUE (Power Usage Effectiveness) of 1.15 or lower, a range typical of the largest hyperscale operators.

The Los Angeles data center will feature a 5-megawatt first phase, with the ability to expand to 7.5 MWs. location provides customers direct access to the One Wilshire Campus, a termination point for multiple subsea trans-Pacific fiber cables.

The data center will be located at AltaSea, an incubator for marine science research with a campus built on a historic pier at the Port of Los Angeles.

“Nautilus will be an integral part of our mission to demonstrate and commercialize marine-related technology in the most sustainable way possible,” said Terry Tamminen, President and CEO of AltaSea at the Port of Los Angeles. “We’re happy to have a data center that is at the forefront of “blue economy” innovation in our area.”

“We have a great piece of ground and water, but then there’s opportunities for expansion as well,” said Pfleging. “We’ve got a good bit of customer interest in advance of this project.”

For it s initial data center in Stockton, Nautilus converted an old barge into a datacenter platform housing pre-fabricated modules. For its new builds, Nautilus has worked with Seattle’s Elliott Bay Design Group to design a custom floating data platform.

“We worked with them to design a standardized platform that’s very simple and very easy and cost-effective to build,” said Pfleging. “We have three shipyards in the US that are ready to turn this out for us.

“We found out that we spent more money retrofitting an existing vessel then building new,” he continued. “It helps the total project timeline as well as the budget by designing a purpose-built ship.”

Marseilles has emerged as an important gateway to Africa and the Middle East, serving as the landing point for multiple subsea cables. A cross-border expansion by Germany’s DE-CIX helped boost the connectivity ecosystem of Marseilles, which sits on the Mediterranean coastline. There are 14 subsea cables currently landing in Marseille and five to 10 additional cables expected to land within the next five years.

The Marseille site location is less than three kilometers from the nearest cable landing station and close to other major access points.

“As France’s second largest data center market, we didn’t want to bring just any data center to our location,” said Hervé Martel, Chief Executive Officer of the Marseille Port Authority. “We wanted to bring a data center that truly considers its effect on the community. A data center that doesn’t waste our resources and runs with less power. We’re very proud to have Nautilus as a partner.”

“Marseilles has become a really hot market,” said Pfleging. “The port of Marseille has been fantastic to work with. It’s important that people understand what we’re doing.”

The Road – or Waterway – Ahead

Last year Nautilus opened its first site in the Port of Stockton in California with a 7-megawatt data vessel. Nautilus has said the site has a handful of customers, but Backblaze is the first to be publicly announced.

Although the Stockton facility is water-based, Nautilus used a land-based design for its second project, a $300 million data center project in Maine that taps a reservoir to create a gravity-fed cooling system for high performance computing. The Maine facility will use the topography of a former paper mill in Millinocket in a gravity-fed design that reduces the need to use energy for pumps.

The new sites expand Nautilus’ footprint and make it clear that the Maine project was an expansion of its capabilities, and not a shift away from floating facilities. As its footprint continue to grow, Nautilus is clearly moving beyond notions of its design as a novelty.

“The addition of these two new locations to our portfolio reinforces our commitment to setting new, and higher, standards for performance, efficiency, sustainability, and global scalability,” said Pfleging. “We’re all about speed to market while reducing environmental impact In each of our facilities. Customers can utilize bespoke solutions within the design and have the option to choose hot aisle containment, rear-door cooling, immersion, or direct-to-chip liquid cooling within the data hall.”

In early projects, Nautilus has used a rear-door cooling unit that can support unusual density, allowing customers to get more data center capacity per square foot of real estate. In its new sites, Nautilus offers customers a choice of rear-door cooling, immersion, direct-to-chip or air cooling. It recently partnered with Hypertec and Submer to offer immersion cooling solutions for HPC.

In the Nautilus cooling design, cool water from the river will enter through an intake several feet below the barge. The intake water is filtered to eliminate contaminants, and then moves to the heat exchanger. A fresh water cooling loop on the other side of the heat exchanger feeds the cooling systems on the racks or tanks. The intake system can work with any type of water – salt or brackish, fresh water or grey (recycled) water. The water is returned to its source with “negligible” thermal impact, the company says. The Nautilus team worked with federal, state, and local environmental officials to secure regulatory approvals to operate in California. 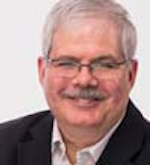